The World War 2 EIRE sign at Inishowen Head has been restored as part of a historical signage project undertaken by the Inishowen Maritime Museum.
The project was part-funded by Donegal County Council’s “Small Tourism Works” grant scheme. Directional signs for the museum and 8 historical information signs were researched, designed and installed around Greencastle Harbour and Inishowen Head.
The restoration works to the Eire sign was carried out by the landowner, David McLaughlin and his family.
The Coast Watching Service was established in September 1939 and the Army started to man existing lookout posts on the South coast and to set up new Look Out Posts on headlands around the coast, about 10 miles apart.
Their purpose was to monitor air and shipping traffic around the coast and report any movements to a central military control, in Athlone. Eventually, 83 Look Out Posts (LOP’s) were established around the coast, some in existing buildings, others in bell tents or sod huts.The LOP’s were numbered sequentially around the coast. LOP No 1 was at Ballaghan Point, Co. Louth, and LOP No 82 was at Inishowen Head. For some reason, LOP No 83 was out of sequence, being at Feaklecaly, Dingle. The LOP’s in Inishowen were at Malin Head, No 80, Glengad, No 81, and Inishowen Head, No 82.
By 1940, all LOP’s were connected to the telephone system. The Inishowen LOP’s reported to Fort Dunree for onward transmission to Athlone. Later on, all LOP’s were replaced with standard pre-cast concrete buildings.
By 1943, more and more aeroplanes were being ferried to Britain from the USA and Canada and planes were making landfalls all over the West coast of Ireland. To alleviate the problem caused by planes overflying neutral Ireland, the government decided to have large white signs, EIRE, laid out close to each LOP to indicate to approaching planes that they were entering Irish neutral airspace.
Overflights increased from 700, in 1942, to over 21,000, in 1944. Crash landings and emergency landings in neutral Ireland were increasing and causing diplomatic problems.
At the request of the American government, the identity number of each LOP was added to each EIRE sign, effectively turning them into Air Navigation Marks. For example, Planes making a daylight landfall at a marked site, South of Donegal, could identify exactly where they were and turn to head North until they reached Donegal Bay and picked up the Aero-Radio beacon at Derrynacross, Co Fermanagh. They could then follow the beacon into the official “Donegal Corridor” and on into, or over, Northern Ireland.
There was an un-official agreement between Britain and Ireland allowing overflights of Inishowen, into, and out of, the airfields at Ballykelly, Limavady, Eglinton and Maydown. Air charts, marking the positions and ID numbers of the LOP’s, were first given to the ferry pilots flying in across the Atlantic and were later given to operational pilots liable to be operating near Ireland. They were not provided to the Germans. The Coast Watching Service was disbanded on 09 October 1945. Since then, some of the EIRE signs and their identification numbers have been kept visible by local voluntary groups. All 3 Inishowen signs are still clearly visible. Logbooks from the WW2 Look Out Posts are available to view on the Military Archives website, militaryarchives.ie .
Look out post 80 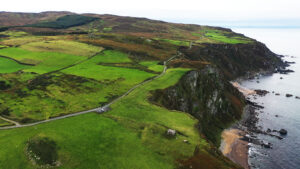 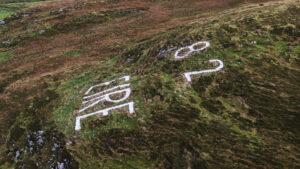 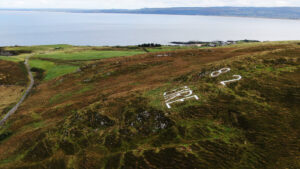 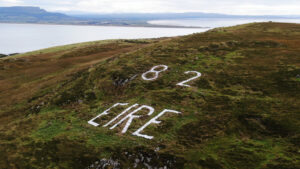 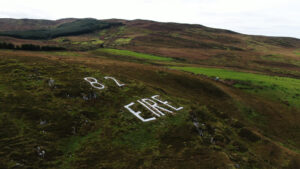 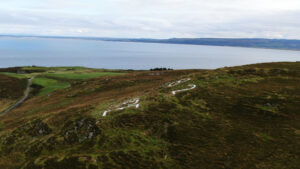 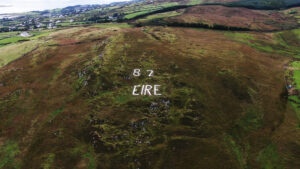 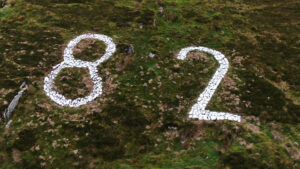 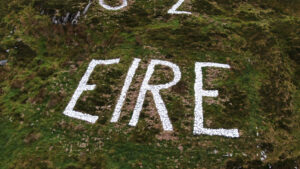 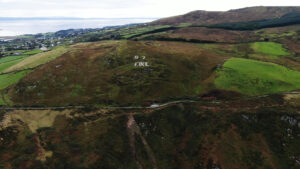 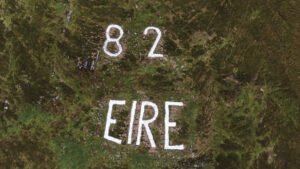 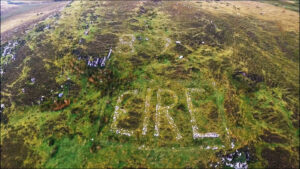 The three Virtual Reality experiences have been created as part of the EU funded TIDE project, and include ‘The Storm, The Sea – The Saldanha’ at Fanad Lighthouse, the ‘Wrath of the Atlantic, Wrecks of the Armada’ at Inishowen Maritime Museum & Planetarium and the ‘Beware! Convoy Below World War 1’ at Fort Dunree.

The TIDE Project is funded by both the Interreg Atlantic Area Programme and Donegal County Council and is being led by Ernact.  Other project partners are from Northern Ireland, UK, France, Spain and Portugal.  The main focus of the TIDE Project is to promote a common maritime theme among all the projects partners while at the same time adding a new dimension to both the tourism and cultural heritage in the Atlantic region using the latest technology and to enrich the visitor experiences.

The public are invited to visit Fanad Lighthouse, Fort Dunree and the Inishowen Maritime Museum to enjoy these virtual reality experiences.

Ambassador of the Kingdom of Spain visits Inishowen Maritime Museum.

On Monday the 9th Inishowen Maritime Museum had the pleasure of hosting H.E. Mr. Ildefonso Castro, Ambassador of the Kingdom of Spain and his spouse, Mrs. Esperanza Cancio de Castro. They were given a tour of the museum with a special focus on the Spanish Armada exhibition la Trinidad Valencera which will have its official launch down here at the museum with the date to be announced soon. Before they departed, Mrs. Esperanza Cancio de Castro was gifted a Glendowen shawl created by Ann McGonigle of Glendowen Craft Studio as a reminder of her and H.E. Mr. Ildefonso Castro visit to the Inishowen Maritime Museum and Inishowen area.