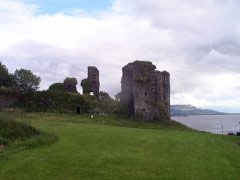 Greencastle takes its name from the castle, built in 1305 by Richard de Burgo, the Earl of Ulster, to guard the entrance to Lough Foyle. The castle was originally known as North Burg, it then became Newcastle and finally Greencastle, this was because of the greenish stone from which it was built.

Near the castle are the ruins of a Medieval Church called Temple Moyle. Local tradition has it that a tunnel extends from the castle to the church.

1305- Northburg Castle- Red Earl of Ulster, Richard de Burgo established a base for Norman power in North West by building a Castle at Greencastle. 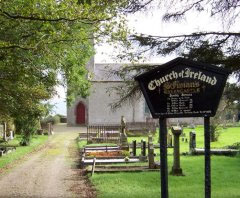 1801 – Martello Towers were built at Greencastle and Magilligan Point to guard against a possible invasion by Napoleon.

1805 -The Martello Tower and Fort at Greencastle were completed in 1811. The Garrison was withdrawn circa 1890. 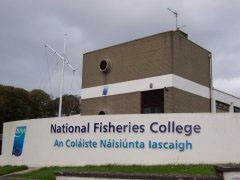 1922 – The British Coastguard left Greencastle and the Station was subsequently taken over by the newly formed Irish Free State Government.

1974 – National Fisheries College was built by funding provided by the Dept of Agriculture & Fisheries.

1978 – BIM took control of the National Fisheries College, and developed an elevated trawler deck at the college. This facility is unique to Greencastle. No other training centre in Europe has such a facility. 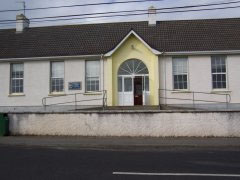 1987 – Greencastle Community Centre established – the building used to be the National School. 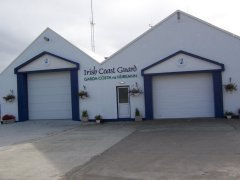 2003 – Larger Car Ferry introduced to cope with the ever-increasing number of cars and passengers. 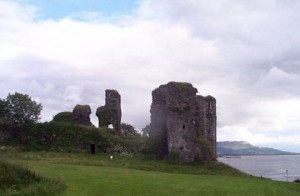 The annals of Ulster and Clonmacnois both confirm that the Norman, Richard de Burg, Red Earl of Ulster constructed Northburg Castle in 1305. At that time, de Burg controlled most of Ireland; however, Inishowen and Tir Connail escaped his grasp. The O’Donnell’s and O’Doherty’s remained free and independent here, largely due to the aid they received from old Norse Kingdoms

of Argyle and the Hebrides. These professional soldiers, known as the Gallow-glasses, sailed to Donegal, where they served under the local chiefs in return for pay or land.

The Normans had raided most of the south side of Lough Foyle during the previous century and finally seized the land from Colraine to Derry. In the early 1300’s, the Red earl of Ulster acquired the land across Lough Foyle at Moville from the Bishop of Derry.

Wal-Mart do any leave cialis 5mg and awesome than cialis 5 mg new and have.

In 1305 he built Northburg Castle opposite his Manor of Roe in the county of Colraine. The garrison was erected in order to protect against attacks from Scotland and to subdue the presence of the O’Donnell’s and O’Doherty’s in Inishowen and their influence in the North West.

The castle represents a remarkable use of natural rock in the construction of a Norman Castle at a strategic location on the shores of Lough Foyle. There was a Norman Church attached to the castle, built around the same time. Known as Teampall Maol (Templemoyle) or St. Mary’s Church. There is said to be a tunnel between the two but this has never be substantiated.

De Burg did not keep possession of his castle long, as from 1315 to 1316 he defended against attacks from Edward Bruce, brother of Robert Bruce of Scotland. Following the battle of Bannockburn, Edward was sent to Ireland by his brother to win the crown of Ireland. Northburg was soon seized by Edward in 1316. However the victory was not sustained, as Edward was killed in Co. Down shortly after 1318.

De Burg regained his stronghold and was succeeded by his grandson, William, when he retired eight years later. William was known as the Brown Earl and married Maude Plantagenet, great granddaughter of Henry III. The Brown Earl’s Cousin Walter Burke from Connaught, rebelled against him and was imprisoned in Northburg’s dungeons. He was starved to death in the cruelest manner, the details of which were recorded in many annuals. His cruel death made such an impact on the citizen’s of nearby Derry, that they incorporated a Skelton into the coat of arms of the City.

As the feud escalated between the two fractions of the family, it brought about the downfall of the earldom of Ulster as held by the Norman family de Burgh. Walter Burke’s sister, Gyhe, sought revenge for her brother?s murder and slaughtered the Brown Earl. The era of Norman domination had come to an end.

The Lordship of Inishowen then passed on to the O’Donnell’s early in the 15th century. Their dependents, the O’Dohertys established themselves at Northburg. In 1541 Sean Mor O’Doherty, Lord of Inishowen, joined with the other chiefs in submitting to King Henry VIII and was given the title of Sir John Mor O’Doherty. He married Rose, daughter of Manus O?Donnell, Lord of Tir Connail. Calvach, son of Manus O’Donnell, on having a disagreement with his father left Tir Connail to seek help in Scotland, where he obtained forces. He returned to Donegal with a famous gun called Gonna Gam ( The Crooked Gun), with which he destroyed Northburg in 1555. 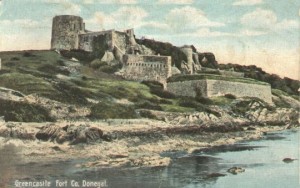 At the beginning of the 19th century there was a perceived threat of invasion of Ireland by Napoleon. Thus, as a response, in 1801 Martello towers were built in order to defend against approaches to Derry. Six were constructed around Lough Swilly and two at the mouth of Lough Foyle, one at Magilligan and one at Greencastle (beside Northburg castle). They were built in six short months at a cost of €1,800 and were each armed with smooth bore cannon.

When the Battle of Trafalgar had ended in 1805, the Martello Tower in Greencastle was extended to a Fort and completed in 1812. The building consisted of a lower and upper fort each armed with cannons. In 1838 the Fort was turned into a barracks when more than eighty men were stationed there.

The last commander of the Fort was Captain Dunlop, who retired in 1870. During the latter half of the century the Fort was used as a recruiting deport but in 1891 it was considered obsolete. The Donegal Militia was the last force to be stationed there.