Malin Head Radio Station was established in January 1902 at the Lloyd’s of London signal tower at Banba’s Crown.

The station’s radio was a simple battery powered spark transmitter connected to a 120-foot aerial supplied by the Marconi Radio Company.

The station was leased from Lloyds by the British Post Office from on 1 November 1902 and bought outright in 01 December 1909.

Station records show that RMS “Titanic” tested its radio equipment with the station, on 3rd April 1912.

On 22 May 1922, control of the station was taken over by the Irish Provisional Government, as agents for the Post Office.

Operating through both World Wars, the station has witnessed many historic events.

The station continues to operate as a Marine Rescue Sub Centre of the Irish Coast Guard, co-ordinating search and rescue response in the area between Clifden and Lough Foyle, but capable of covering the whole Irish coast in an emergency.

Seafaring has played an important role in the life of many families in the Inishowen peninsula. It provided a well-paying, if dangerous, means of making a living in an area where other work was scarce.

The anchorages in the Lough Foyle and Lough Swilly, and the proximity of Derry and Glasgow created opportunities for Inishowen men to serve at sea.

Some rose through the ranks to command ships trading all around the world.

The Drontheim, or Greencastle Yawl, was once the most common fishing boat along Ireland’s North Coast.

The name “Drontheim” is a corruption of the port of Trondheim, Norway, from which the original boats were imported on ships trading into the area.

Rigged with a simple sprit-sail and jib, or rowed, the drontheim was used for fishing with drift nets and lines. It was also used for transporting people, goods, and livestock to markets around the coast.

The creation of a naval patrol and protection service was one of the first tasks of the government of the newly independent Irish state.

The Coastal and Marine Service was formed under the command of Major General Joseph Vize, an ex- Third Engineer with Clan Line, of Glasgow, on 04 May 1923.

It was made up mostly  of ex- Admiralty Armed Trawlers and Patrol Boats but lasted for just over a year.

Between then and WW2 it was allowed to dwindle to 2 active fishery patrol vessels.

In January 1939, a Coast Watching Service to monitor Irish coastal was established and a series of  motor torpedo boats was ordered. This wartime fleet consisted of 6 MTB’s, 2 fishery patrol vessels and a few obsolete auxiliaries.

The official name, “Irish Naval Service”, was adopted when the government confirmed the wartime service to be a permanent component of the Defence Forces, on 15 March 1946.

La Trinidad Valencera, was an 1100-ton Venetian merchant ship, the fourth largest ship in the Spanish Armada. She had been commandeered and pressed into service to serve as a supply transport ship for the Armada.

Damaged in the battles going up the English Channel and further damaged by the gales she encountered rounding Scotland into the Atlantic, she was leaking badly when she arrived off Inishowen.

She had on board the surviving 264 crew from the Barca de Amburgo, another ship swamped, earlier, by heavy seas.

On 14th September 1588, she arrived in Kinnagoe Bay but was wrecked as she tried to kedge on to the beach.

The majority of the crew managed to get ashore before the ship sank. Some drowned and the survivors were aided by the local O’Doherty clan. Many of the survivors were slaughtered by pro-English mercenaries, some were ransomed and a few escaped.

The wreck of La Trinidad Valencera was discovered in 1971 by City of Derry Sub-aqua Club.

We are currently in negotiations with the Ulster Museum for the loan of some artefacts from the Trinidad Valencera.

The Inishowen Maritime Memorial is located at the front entrance of the Museum and commemorates all those from the Inishowen area who were lost at sea.

The centrepiece of the memorial is an Armillary sphere, an early astronomical device for representing the great circles of the heavens, to represent the navigation around the world undertaken by Inishowen seafarers.

It is set up to be used as a  sundial. A table is displayed inside the museum giving corrections to be applied to convert solar time to local time.

The memorial was unveiled, in 1997, by Mary Robinson, President of Ireland.

Lighthouses were established around Ireland to act as Aids to Navigation and to warn of offshore dangers.

Manning and servicing these lighthouses became a family tradition.

Training took place in the Bailey Lighthouse, Howth, before men were appointed as Supernumeraries, to lighthouses around the coast, on islands, rocks or on stations ashore.

Most lightkeepers had served time at sea or practised a relevant trade ashore. 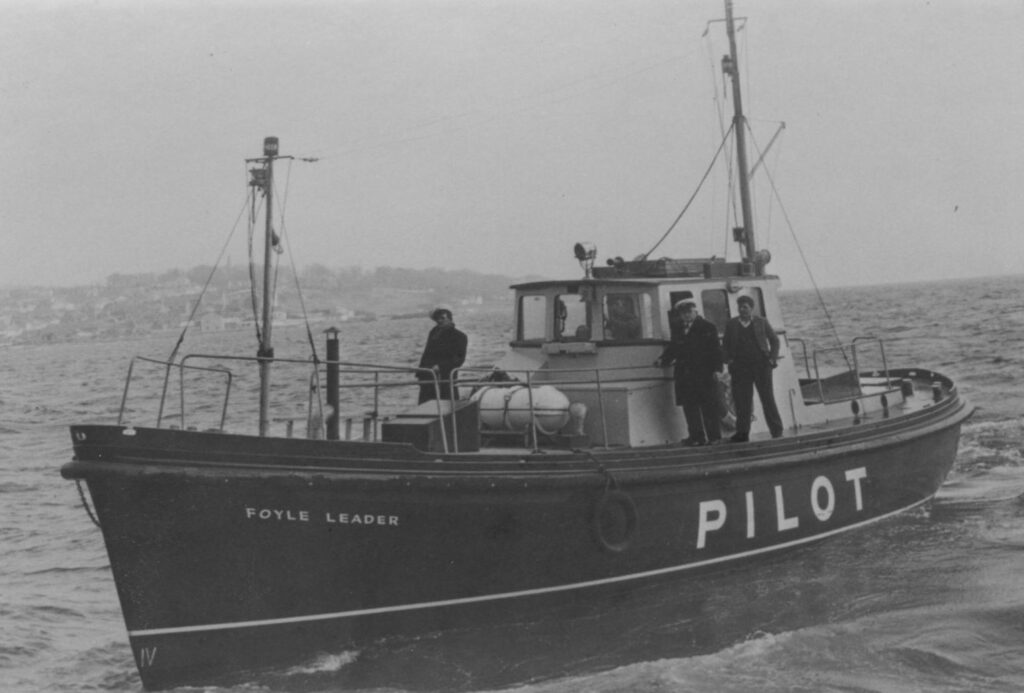 Men with local knowledge of port approaches offered their services to ships approaching a port. These were private individuals who supplied their own boats for boarding ships. They were known, colloquially, as “Hobblers”, or “Jumpers” and ships contracted their services on a “first come” basis.

During World War II, Derry was an important base for the Atlantic convoy escorts. The Foyle Pilots, although based in neutral Ireland, piloted allied warships and merchant ships throughout the War. The Pilot Service was awarded “The Atlantic Star” for their contribution to the Battle of the Atlantic. 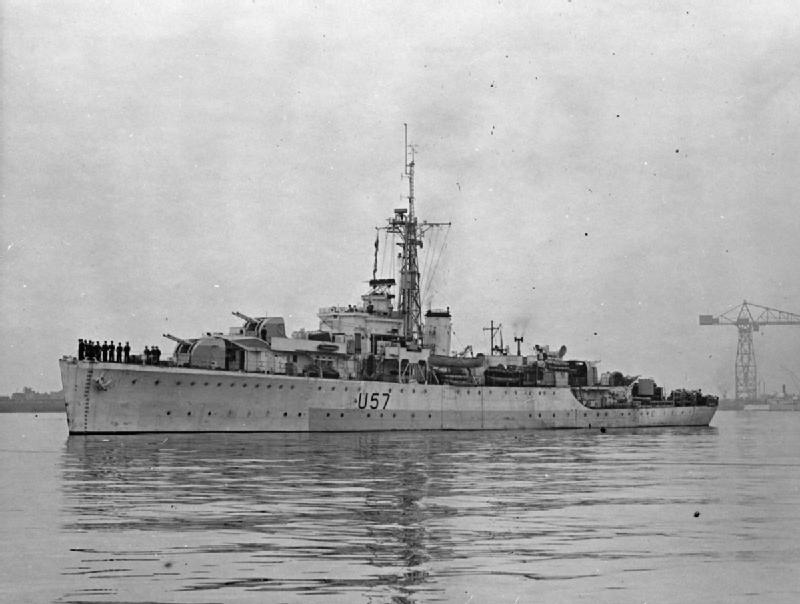 In both World War 1 and World War 2, the seas off Inishowen were busy confluence areas for ships entering and leaving ports in the North of the British Isles on routes through the North Atlantic to, and from, ports all over the world.

In World War 2, Ireland was neutral but, by private agreement with the Irish government, Lough Foyle was used as the outlying anchorage for the port of Derry. The Lough became home for the oil tankers fuelling the Atlantic convoy escorts and served as the holding anchorage for convoy escorts that did not, or could not, go up to Derry for support services. At one point, some 139 oceangoing ships had their home base on Lough Foyle.

The Royal Navy and US Navy command centres, in Derry, played an important role in the Battle of the Atlantic. In  recognition of this important role, surrendered U-boats were brought into Derry as part of the official surrender ceremonials.

On Monday 14th May 1945, 8 German U-Boats entered Lough Foyle bound for the Royal Navy jetty at Lisahally, escorted by H.M.S. Hesperus, H.M.C.S. Thetford Mines, and U.S.S. Robert I Paine, representing the British, Canadian, and American contributions to the Battle of the Atlantic.

They surrendered to Admiral Sir Max Horton, Commander in Chief of the Western Approaches.

An official guest at the ceremony was Colonel Dan Bryan, the head of Irish Army Intelligence, who had been invited to acknowledge the official, and unofficial, contribution the Irish services had made to Allied victory.

In September 1942, the “Meltin Pot”, a Boeing B17 “F” type aircraft, was on her delivery flight from Gander, Newfoundland, to Prestwick, Scotland, when she crashed into Lough Foyle.

All of the crew survived and were assisted to shore by Elisabeth Benson, daughter of Moville’s Presbyterian minister who went to their aid in her sailing dinghy.

The B17 Flying Fortress played a pivotal role for the allied forces during World War II.

The remains of the Meltin Pot were discovered by Inishowen Sub-Aqua Club 3rd August 2001.

Artefacts from the plane were donated to the museum by the diving club and are on display.

Migration from Ireland has been recorded since the Early Middle Ages. Numbers fluctuated but increased to what could be classed as mass emigration during periods of famine, religious persecution and economic downturns.

The first exodus of Ulster Scots began in 1718.  Famines and economic declines kept emigration at high levels during the 1800’s. Economic decline in the 1900’s kept the pattern going until the 1930’s. All these migrations were by sea and Derry’s rail connections added to its trans-Atlantic sea-borne trading history made it an important hub for emigration.

Emigration was an important commercial business for the area. 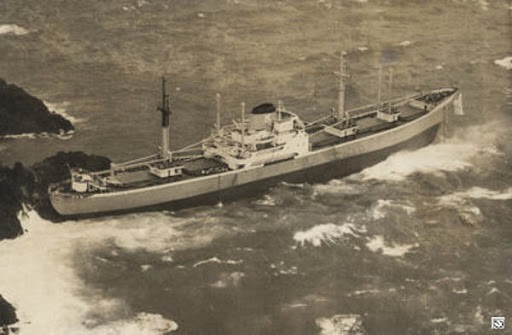 The waters of the North  Atlantic Ocean have a reputation for being dangerous and unpredictable. At the most North-Westerly point of Ireland, Inishowen has borne the brunt of many an Atlantic gale.

As a confluence point for ships entering and leaving the North Channel, the seas off Inishowen have a high density of passing shipping traffic and an equally high risk of loss of ships.

Armada galleons, emigrant ships, coastal trading ships and world-wide trading ships have suffered from the weather off Inishowen. Large Atlantic liners and war time battleships have all been claimed by the Donegal coast.

Sail, steam or oil propelled, all have been overcome by the forces of nature. The museum tries to tell their stories.

Boats have been making the crossing between Greencastle and Magilligan for centuries as part of normal maritime trade and as part of the military control of the area.

The Chichester family took over control of Northburgh Castle in 1608 and maintained a ferry service between Greencastle and Magilligan to control commerce in the area.

In 1835, the Chichesters were operating 2 ferries on the crossing, 1 for livestock and goods and 1 for passengers.

The Ordnance Survey Memoirs, 1833 – 1835, report quantities of goods, livestock and home industry products, like wool, linen and yarn, being sent from this area to market in Coleraine.

Payment was by cash, or a portion of the goods being carried.

There were crude shelters / wind breaks built on the Magilligan side where prospective ferry passengers could take shelter if the ferry was delayed by bad weather.

In 1855, the Londonderry and Coleraine Railway Company opened a station at Magilligan in 1853. A horse-drawn tram operated from this station to Magilligan Point.

A ferry service was maintained, on an irregular, on-demand, basis, by fishermen over the years. These services all operated out of the Ferry Port.

The car ferry service was established, from the main harbour, in 2002.