Folks with the winter months on our doorstep, we here at the Inishowen Maritime Museum & Tearoom will be reverting back to our winter timetable starting today 02/09/2022 which is:

We would like to thank everyone who came down to the museum during the summer months and look forward to your continued support over the winter time. 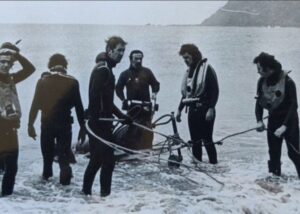 As part of Greencastle Regatta and Festival celebrations, this Friday 5/8/2022 between the hours of 12pm and 4pm will see for the first time a food fair being held outside in the garden of Inishowen Maritime Museum. A number of local food companies will attend which include La Mi James St. Deli , BakeRona , Foyle Bia Mara, Malabar Kitchen, The Cocktail Co, small_but_mighty_fuel, and The Barkery.

*Please note, due to Road Closure our Customer Carpark will not be accessible during this time. We apologise for any inconvenience caused. Please contact the museum for disabled parking enquiries.* Thank you

Museum will be closed tomorrow 24/7/2022 due to unforeseen circumstances.

Museum will be closed tomorrow 24/7/2022 due to unforeseen circumstances, sorry for any inconvenience caused. We will be open again on Tuesday 26/7/2022.